I am a climber. Last week I climbed the Mont Blanc, the highest mountain in Europe. And me being a filmmaker, of course, I  wondered if I should film it. I don’t find compatible living or shooting an event. I’m either enjoying it o filming it. The approach is completely different. 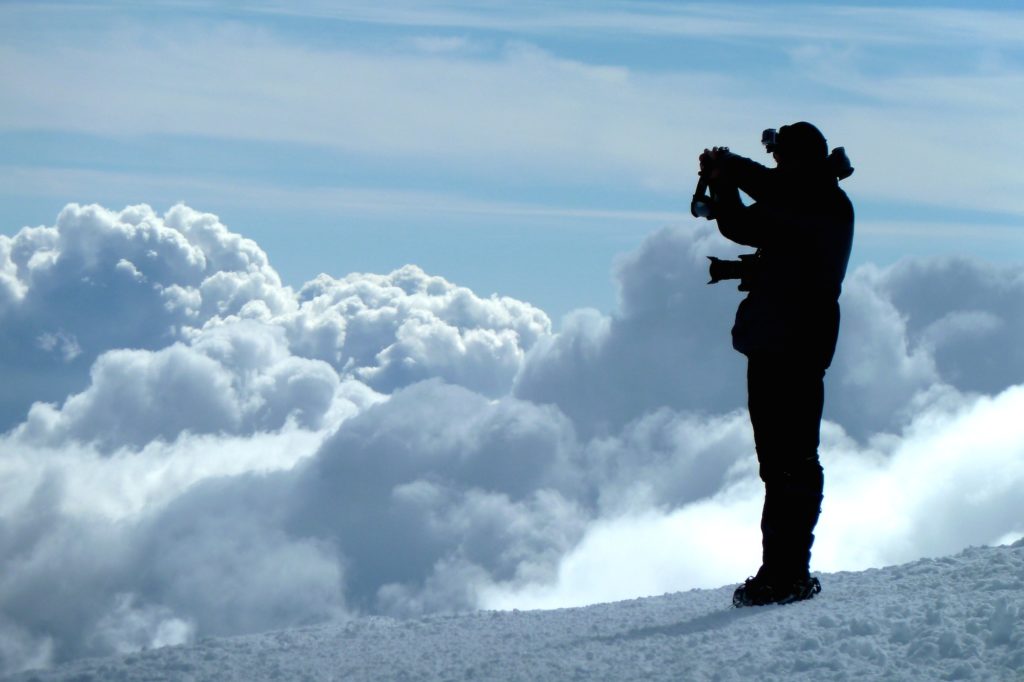 The days previous to my trip I planned to get a GoPro and atatch it to my climbing helmet. But that would add some weight, and I had to think of safety first. Then I thought of using my beloved Lumix TZ10, the compact camera I use to take pictures in my mountaineering escapes. I would take it with me, of course, so I could use it to film 720p video.

But then I visualised myself filming the adventure, and it wasn’t as fun as living it. It was an exciting challenge, but I already had one huge challenge: climbing to the summit of Mont Blanc though the Italian fairly-difficult route.

So, dispite uniting these two passions of mine, filming and climbing, I chose to focus on the latter. I know how much of a perfectionist I am when I’m working, and I didn’t want that Albert to interfere in the fun and safety of the trip.

I still want to properly film an alpinist activity, but it has to be one where I’m sure I’m not putting myself in risk.  So much to learn from people like Phil Coates.