It’s nice to have good feedback about your work. It raises your moral, rewards you for the hard work you’ve done and sets a challenge for your ego. It’s the applause to the artists that work behind the screens/scenes. 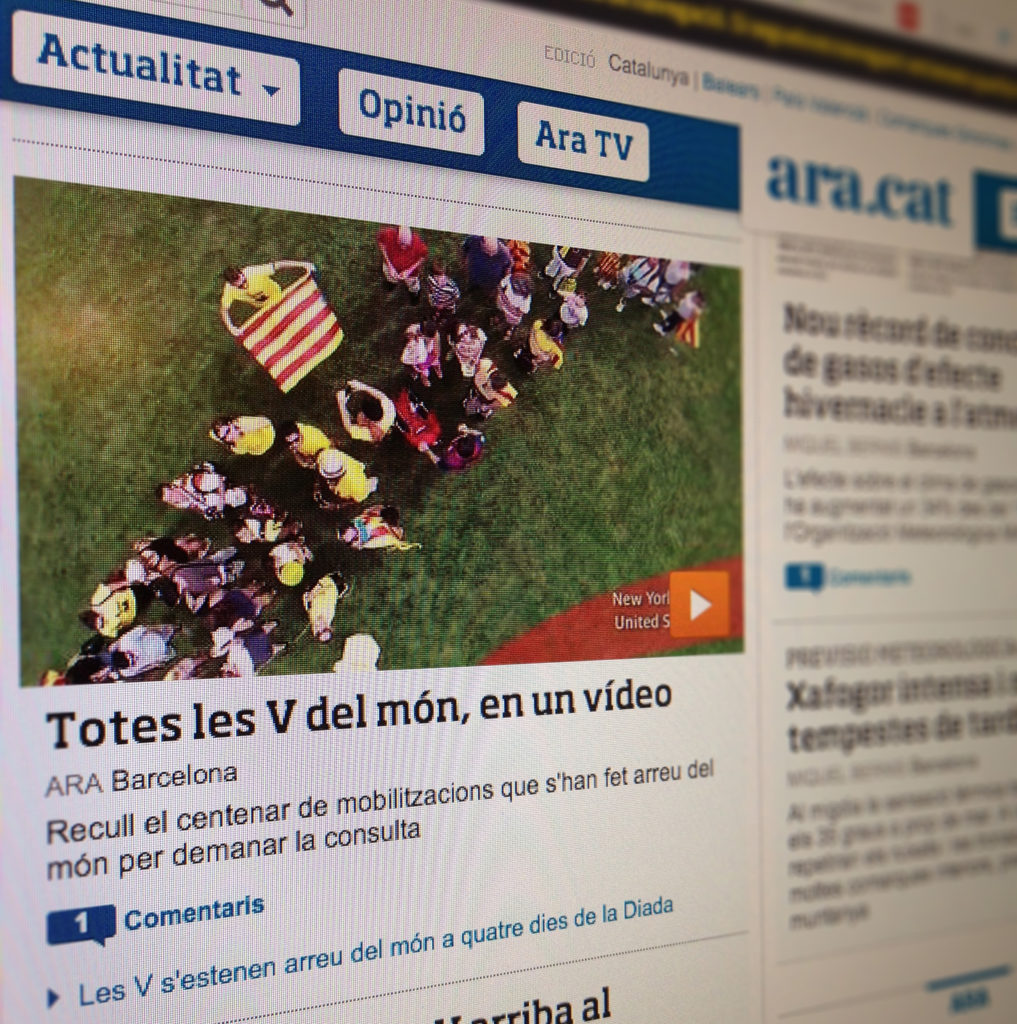 The video I made for the international campaign “Ara és l’hora”, about Catalonia asking for a referendum, has over 100,000 views in the official YouTube channel. Plus the replicated videos such as the one from this newspaper. Taking into account the potential audience of just over 7 million people, I would say it went viral. This is the problem of making videos for a niche audience; the number of people it reaches is always low. But anyway, I think this is the most seen video I’ve made as a freelancer. And I’ve tracked the feedback in Twitter.

The video was originally twitted by the official campaign account (fantastic video, it will move you) and was massively retweeted and favourited.

The word people used the most is Goosebumps!, Goosebumps and tears seeing this video, more goosebumps… Then adjectives such as good video, moving video, really moving, magnificent, beautiful,  wonderful, FANTASTIC, cool, impressive and no words. Also deep comments like it’ll touch your soul. 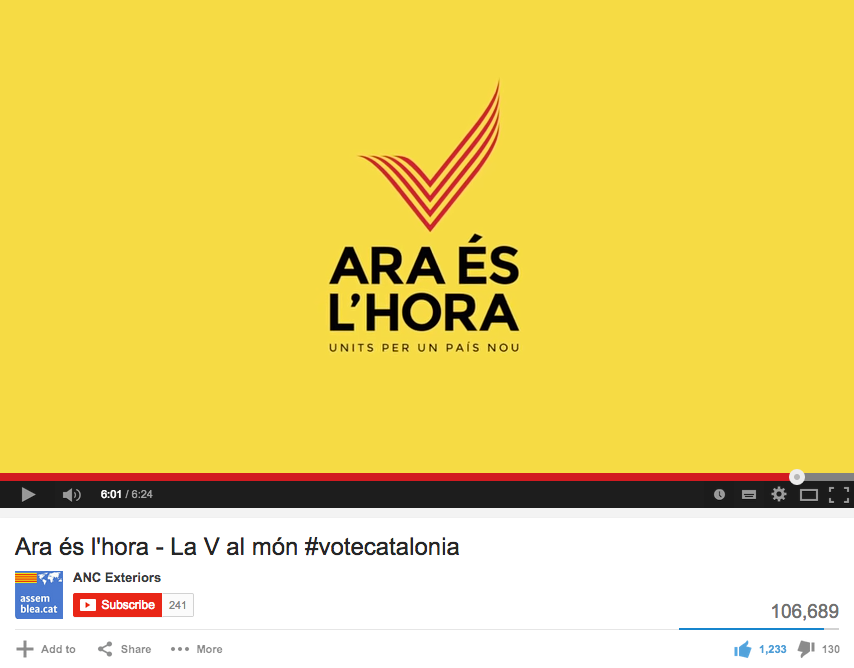 Some people twitted in a rush just after seeing it, I guess, and that shows in the language: OK, this video is REALLY NICE, F**K! (I love this one), this moves me… very much, I’m crying… And people urging to watch this video!, and please share it. And others who recommend this video very much.

Of course, a lot of these comments refer to the events the video shows, not the video itself. In other words, I don’t know the importance of my work in the response of the audience. But I like to think that the way the events are presented (the video edit) is of great importance.

After all, it’s me who always says that one thing I do well is turning an already good idea into an awesome idea by presenting it the right way. It’s good to see that people like your baby.

Now now, enough narcissism and get back to work.